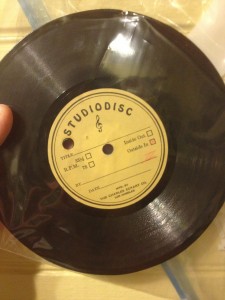 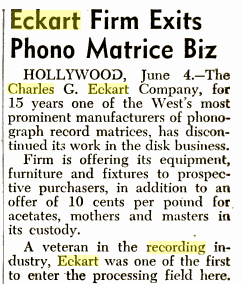 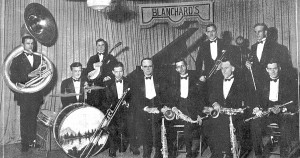 When Eddie Quinn was just thirteen years old he joined his first jazz orchestra, Blanchard’s Kings of Syncopation. Between January 1920 and October 1922, Blanchard’s Kings of Syncopation Orchestra is documented playing for dozens of dances, mostly in the homes of friends, at the Elk’s Home, and at the American Legion in Bogalusa. They were also the house band for the local combination house the Magic City Theater, where they provided music and sound effects for silent films. Led by Claude Blanchard on trumpet, the very first incarnation of the orchestra included Eddie Quinn on banjo (and violin), Inez Blanchard on piano (and violin) and Newell Tilton (possibly on  guitar and string bass).

One wonders about the repertory of Blanchard’s orchestra. What kind of music were they playing? What were they listening to? One article from the July 15, 1920 issue of The Bogalusa Enterprise & American mentions two numbers played by a “Bogalusa Jazz Band” at a local dance:

Miss Lulu Harding entertained a number of the younger set at a dance in her home on Michigan avenue Tuesday night in honor of her guest, Miss Cleo Clayton of New Orleans. Music was furnished by the Bogalusa Jazz Band, and to the strains of “Jelly Bean” and “Naughty Waltz” the young folks whiled away an enjoyable evening.

“Jelly Bean” is a foxtrot composed by Sam Rosen, Joe Verges, and Jimmie Dupre, published in New Orleans in 1920. “That Naughty Waltz” was composed by Edwin Stanley and P. Levy, also published in 1920. Other standard ballroom dancing tunes – schottisches, polkas, mazurkas and waltzes — surely served as staples for the young band.

It’s more than likely that the Blanchard orchestra copied the repertory brought to town by bands such as Bud Scott’s Jazzers of Natchez, the Claiborne Williams Jazz Band of Donaldsonville,the Durand-Humphrey Band of New Orleans, the Five Aces (noted as “a white jazz band”), and especially Buddy Petit’s Jazz Band of New Orleans. In 1920 and 1921 these famous bands were hired for regular dances and for the larger events in Bogalusa, such as for Mardi Gras balls, Christmas benefits and New Year’s Eve dances. Buddy Petite’s band came repeatedly; in January 1921 his popularity was so great that he landed a contract for weekly dances by the American Legion:

The first of the regular Saturday night dance of the American Legion, which are to be given every week henceforth by that organization in the Elks’ Hall, will be held Saturday night. Buddy Petite’s Jazz Band, which is admittedly the favorite over any other band that has furnished music for dances here, is under contract for all of the dances.

Young Eddie and his peers were undoubtedly soaking it in. (An interesting condition of being part of a small town was that very rarely did organizations schedule conflicting public events — one big dance was enough to service not just the entire (white) population of Bogalusa, but the surrounding towns, too.) Because of the frequent presence of Buddy Petit’s Jazz Band during what was certainly a crucial time in Quinn’s musical development – and in the Blanchard orchestra’s development –a closer look at their repertory and their lineup of musicians is in order.

Even in the late twenties the black audiences were still dancing to waltzes, schottisches, and slow drags. The music had a formal sound to it, but “you’d know it was a jazz band playing it,” George Lewis remarked. “You couldn’t jazz up the slow tunes like, say, Creole Blackberries, a very favorite of Buddy Petit’s.”

1922 was the year of Blanchard’s orchestra. By then, the band changed its name to Blanchard’s Jazz Hounds, and in January 1922 it added a drummer. This can be seen as a professional turning point for the band… in the months following, they became wildly popular throughout the region, in places such as Abita Springs, Ponchatoula, Hammond, Mandeville, Slidell, and even as far away as Biloxi. The newspaper accounts of dances become ever more laudatory over the months of 1922. A key indicator of their local popularity is recognized in the fact that throughout most of 1922, Blanchard’s Jazz Hounds seems to be the only jazz band documented by the newspaper performing in Bogalusa. The group had effectively squeezed out the out-of-town competition — including Buddy Petit.

Local Band Makes Big Hit in Hammond: The citizens of Hammond, La., were given a real treat Tuesday night when Blanchard’s Jazz Orchestra, a local organization, filled a dance engagement in that city. The Hammond devotees of Terpsichore say it was the best music ever heard on that city. The Blanchard musical organization is now being offered engagement at Slidely [sic], Covington and on the Gulf Coast. They have been engaged to play every Sunday during the summer at Mandeville.

It’s worth repeating that during his time with the Blanchard orchestra, from January 1920 through October 1922, young Eddie was only thirteen through fifteen years old.  One of his older brothers was required to travel with him to the out-of-town dances to act as chaperone.